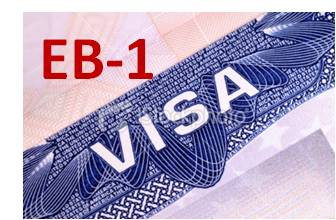 Description:
EB-1 visas comprise the first-preference group of employment-based immigration petitions. These visas are reserved for intending immigrants who are among the most capable and accomplished in their professional fields within the arts, sciences, education, business, and sports.

Another incentive to the EB-1 category is that visa numbers are almost always current, which means that an alien will not have to wait for visa numbers to become available before applying for adjustment of status (via Form I-485) and receiving a green card. Further, EB-1 visa applicants can file additional immigration petitions under other appropriate categories (such as a National Interest Waiver) while their EB-1 applications are pending.

Note that, for EB-1A visas, neither a permanent job offer nor current employment is required, and applicants don't have to provide proof of an employer in the U.S. Instead, they only have to demonstrate that they will continue working in the field in which they have demonstrable “extraordinary abilities.” Because no employer sponsorship is required, EB-1A applicants may file for immigration petitions on behalf of themselves.

However, for both EB-1B and EB-1C petitions, permanent job offers are required. As such, U.S. employers must be the petitioners for EB-1B or EB-1C applications.

Have a question? Search for answers
Didn't get the right answer you were looking for
Wonderful!!!
0/20 max

Quick Enquiry
Hey!!! we got your request, we will get back to you soon. Mean while, please browse some of our visas.